Once you have let us know you’ve included a gift in your will (or other donation through your estate plan) we hope you will join this Circle of caring and compassionate donors. 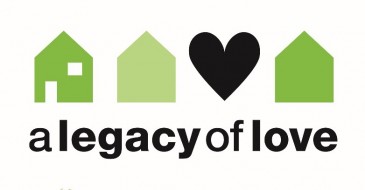 As a member, you can customize your involvement. You can choose to have your name listed in our reports, or be invited to special events –or remain anonymous. It’s completely up to you.

Once you join, we will send you a package of information containing a form to complete which lets us know your personal preferences for future communications and involvement.

Your Legacy of Love Story

You may decide, like some Circle members, to share your legacy story with us. It’s a lovely way for us to celebrate your life as well as recognize and thank you for your future gift (during your lifetime). Or, we can keep it on file and share after your gift arrives. It’s a story that, in addition to sharing a little of your life story, explains why you chose to support Our Place. This is something we can help you create; there’s more information about this in the Legacy of Love Circle information package. 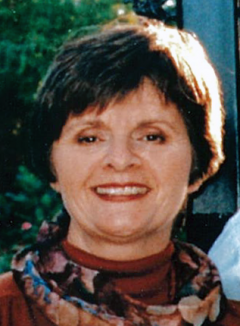 A Legacy of Love for Denise

enise Pearce, born February 18, 1941 in Toronto, died calmly and painlessly of cancer in her sleep at the Saanich Peninsula Hospice on November 9, 2011. But her story will live on for years to come – thanks to her husband, Chris (aka Niel) Pearce.

During their 46 years together, their love never faltered (although Chris admits his deep devotion to salmon fishing was a close rival). And so, to honour her memory, celebrate their life together and continue their lifelong commitment to help others, Chris has left a gift in his will to Our Place Society.

Chris, born in 1937 in Colombo, Ceylon (now Sri Lanka), joined the British Army in 1955 and came to Canada as an exchange officer in 1963 to join the Queen’s Own Rifles of Canada at the Currie Barracks in Calgary.

He first met Denise in 1964 on a blind date in Toronto, arranged by a fellow officer, (he was 27 and Denise, 23). “She swept into the room wearing black stockings and a miniskirt (all the rage then) and I couldn’t help noticing how beautiful she was. After that date, I knew I wanted to spend the rest of my life with her. ”

Married in Toronto in 1965, one year later – in Hong Kong where Chris was stationed – Denise gave birth to Ursula, and 10 months later, Nathaniel.

Chris left the army in 1969, immigrated to Canada, and the family moved to a beautiful waterfront home in Sidney, BC (where Chris still lives). Their youngest child, Jeremy was born in 1979.

When Denise completed a BA in Psychology at UVic in 1985, she received a letter from President Howard E. Petch stating, “Your high graduating average brings credit to yourself and the university.”

Described as a strong, honest, highly intelligent woman – with an open heart, active mind, endless energy and a wonderful sense of humour – Denise’s career reflected her kindness and generosity to Victoria’s most vulnerable people.

She worked at Our Club – a centre providing meals and community for those struggling with mental health issues – and at Supported Independent Living Program (SIL). When Denise retired, the Executive Director of the Capital Mental Health Association, Gail Simpson, sent her a thank-you note saying ‘You remain unique in my memory of all the staff members I’ve worked with: so warm, so willing to try anything for each clients’ benefit and so capable.’

As part of their adventurous life together, Denise and Chris travelled for 18 months in a Volkswagen camper throughout Europe visiting 24 countries as far north as Norway and as far south as Turkey and Morocco.

“As long-time donors to Our Place, this legacy gift, in honour of Denise, will be the continuation of a life lived to the fullest, a shared love and a deep commitment to making this world a little brighter, healthier and more caring for some of the most vulnerable people in our community,” says Our Place CEO, Julian Daly.

For more information, or a confidential conversation about your legacy gift,
or the Legacy of Love Circle please contact Jonathan Dallison, Senior Advisor,
Philanthropy, by email at jonathand@ourplacesociety.com
or call his direct line at 250-940-5066.