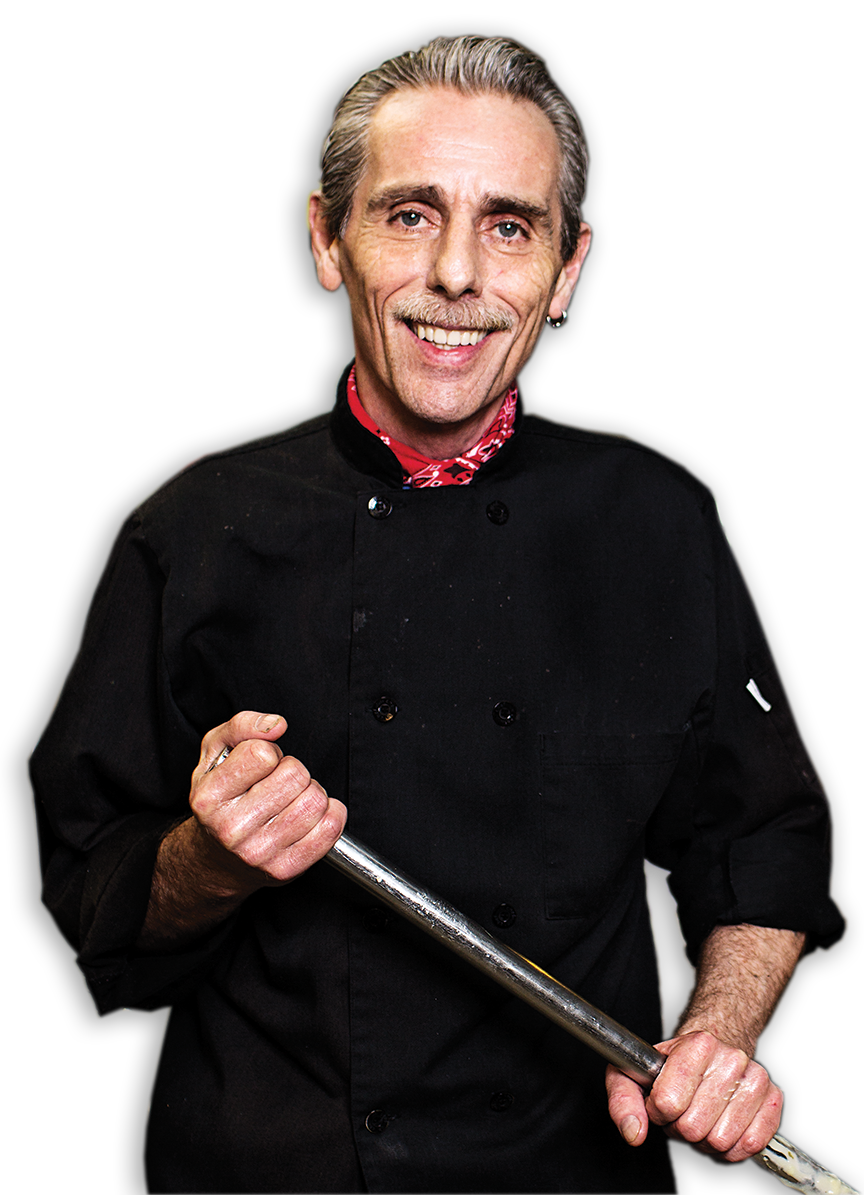 There are many roads that lead to Our Place, whether you arrive as a volunteer, staff member or someone in need.

Quite often, those paths are multi-forked and complex, but the end result is always that you’ve found a place of healing, hope and belonging. When David Pickard found himself at the door of Our Place’s predecessor, The Upper Room, he was a very different person from the friendly face that greets every volunteer and business owner who arrives at Our Place to sponsor a breakfast or host a special meal.

Standing on the precipice of the Johnson Street bridge, David was ready to jump. Despair had brought him to the brink.

With a heart that’s likely two sizes too big, David had been a housing manager for low-income rentals in Vancouver during the terror reign of serial killer Robert Pickton. Before Pickton was arrested, David witnessed a vulnerable female tenant getting into his vehicle. She was one of six women he knew who disappeared. A short time later, David recognized the driver’s photo when Pickton’s arrest hit the media.

“I suffered from severe depression after that,” David confesses. “I felt immense guilt that I wasn’t able to protect them.”

After discovering the body of a teenage girl behind a dumpster in one of the buildings where he worked, David abandoned everything and walked away. That walk led him to Vancouver Island and the Johnson Street bridge.

Fortunately, a passerby thought his actions looked suspicious and called the police. Shortly after, he arrived at the Upper Room.

“The staff there let me do nothing for three or four months,” says David. “I was very fragile, but they simply talked and offered support. I hadn’t had that before.”

Always someone who liked to stay busy, David began volunteering in the kitchen. After six months, he landed a job as a sous chef in an Oak Bay restaurant. And four years later, when Our Place opened its doors for the first time, David returned as full-time staff.

“Every day is a challenge, and I thrive on it,” he says with his trademark smile. “I’m surrounded by good friends, get invaluable support, and have been in a loving relationship for nine years.”

With over 579,000 meals served last year, David, who is about to celebrate a milestone birthday, is never idle.