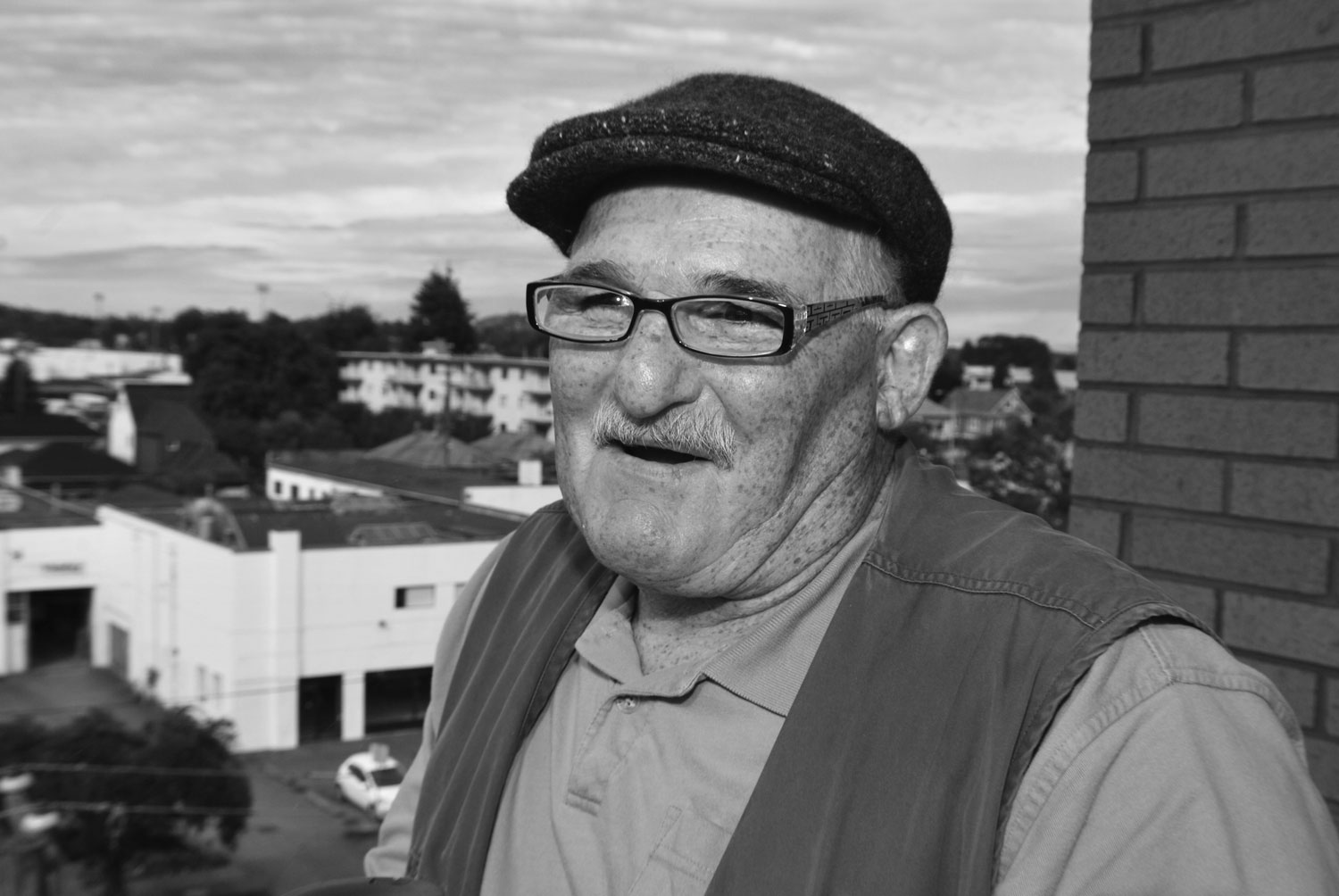 “It’s like a game of snakes and ladders,” says long-time Victoria resident, Don McLeod, about injuries due to a recent bicycle accident that he’s concerned will impede his recovery.

In the past, an injury like this one would have sent the retired commercial fisherman and businessman back to using heroin and prescription pain killers. But this time around there’s a big difference in how Don’s navigating life’s ups and downs.

“We didn’t talk about our personal problems in my family,” says Don who has been living in Our Place’s transitional housing since 2012. “If you had a problem, you kept it to yourself. When my mother had cancer, she didn’t tell us. It wasn’t until she started going for chemo that we noticed something was wrong.”

Don has learned that keeping his problems to himself was, in fact, a problem. Now he’s eager to ask for help and to act on it. “Don’s been a pleasure to work with,” says Outreach Worker Dorothea. “He’s proactive about his own health and wellness. He’s eating up what Our Place has to offer him.”

Don’s health challenges began at age 10 when he was introduced to pain medication for an allergic-type reaction, while living in Los Angeles. “All my synovial fluids seized up. The doctors said nothing was draining. My head looked like a basketball, and the headaches were severe. I could barely see out of my eyes because my face was so swollen,” says Don.

When his sinuses finally drained, Don felt “blessed relief.” But before relief came, he had been administered morphine for an entire month during his stay in the Beverly Hills Children’s Hospital.

“I would just scream, and they would hit me up with morphine,” says Don. “I had to be weaned off of it.”

“Don’s been a pleasure to work with,” says Outreach Worker Dorothea. “He’s proactive about his own health and wellness. He’s eating up what Our Place has to offer him.”

In 1965, Don’s family moved to Victoria. By age 17, Don was bussing tables at a local bar. Although he wasn’t allowed to bus bottles at that age, he was invited to after-hour parties where booze and drugs, including heroin, were readily available.

“I was making a lot of money in the bar for a kid my age. Everything was easy for me to get. I started supplying kids at my school. I opened a door I shouldn’t have,” says Don who continued in the bar business, working as a bouncer, and then later, as a bartender.

Don suffered a back injury from his work as a bouncer. By age 19, he was popping prescription pain killers like they were candy. Then he discovered heroin – it was the in-thing to do among his peers, and found it provided better pain relief.

An opportunity arose to work as a deckhand on a commercial fishing boat. The time spent on the ocean, away from his familiar haunts, enabled Don to wean himself off heroin. His freedom from addiction, however, was short-lived.

During the fishing season, Don didn’t use heroin, but, whenever he returned home, he “got sucked back into it.”

As the years went by, Don helped to open bars and continued to enjoy Victoria’s night life. But his conscience bothered him. He saw friends die from drug-related causes and thought, “What I’m doing (dealing heroine) is killing people.” But when his friends hurt from not getting a fix, he wanted to help them.

After injuries from a serious car accident in 1995 ended his commercial fishing career, Don gradually “downsized” from living in a penthouse, to living in a one-bedroom apartment, to couch surfing, and finally, to sleeping on a park bench. “I fell into using more. My family found out about my life-long, on-again off-again habit.” But his family didn’t pressure him; his sister knew Don had to do it his own way.

When the temptation to slide back into addiction and isolation arises, it can make a world of difference to know support is close at hand.

Don tried AA but it wasn’t a fit for him. He considered entering a drug treatment center but its doors closed. He spoke to his doctor who, upon hearing of his addiction, refused to continue treating Don. He confided in a long-time friend only to hear: “So you’re a junkie. Don’t ever call me again.”

Living on the street became unbearable. Don was robbed. More friends died. His maxim had been, “Never let them know you’re down.” Finally he had hit rock bottom.

Don came to Our Place looking for a way out of his addiction and homelessness.

“If someone needs help, Don helps out,” says Dorothea.

When the temptation to slide back into addiction and isolation arises, it can make a world of difference to know support is close at hand.