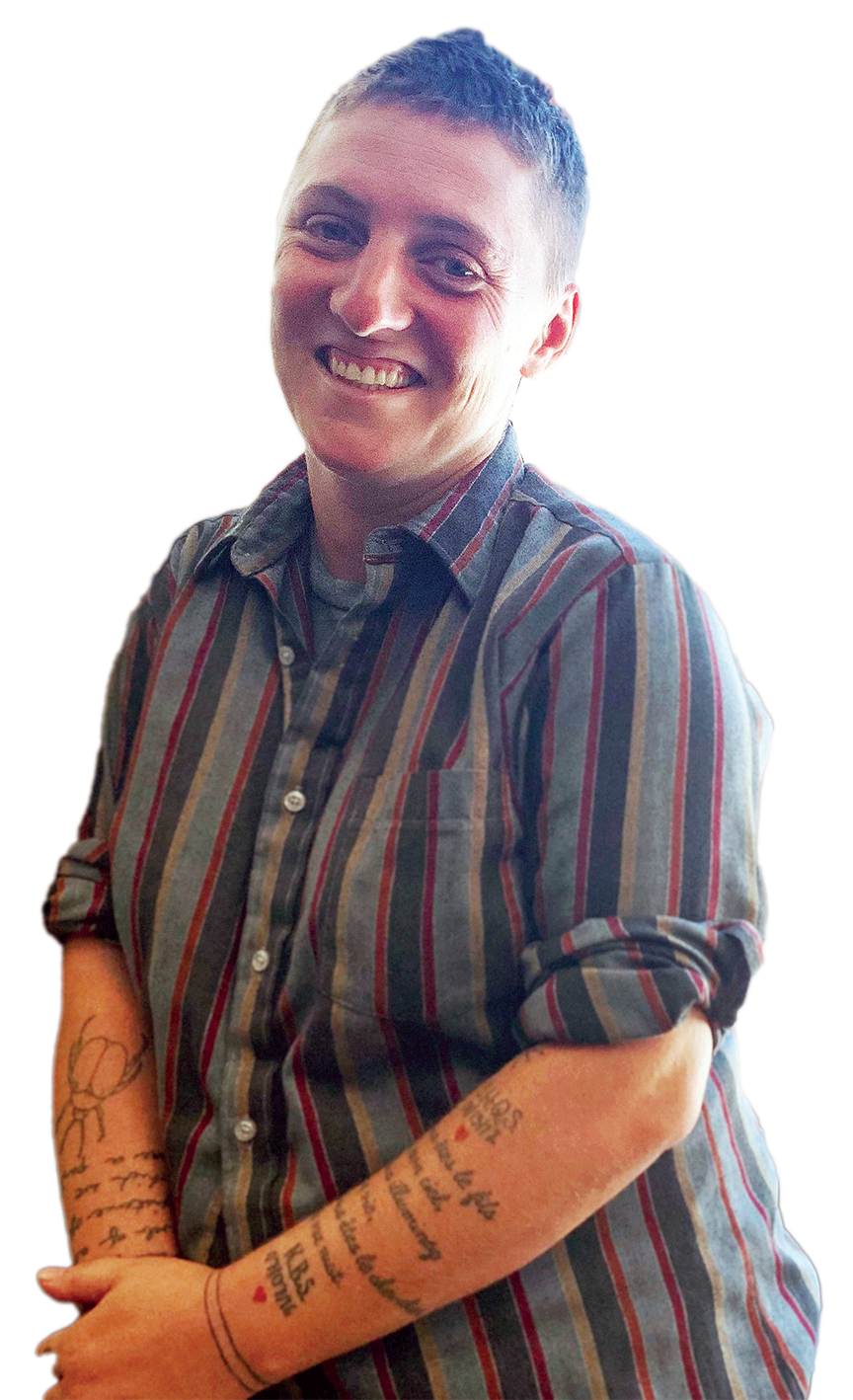 Without a lone moment of kindness, Forest may have fallen deeper into the depths of addiction.

After moving to Vancouver from Victoria with a girlfriend at the age of 18, Forest dipped his* toe into the heroin scene as a rite of passage to becoming a writer. The authors he admired (Jack Kerouac, William S. Burroughs, etc.) all seemed to have experimented with drugs and wrote positively about those experiences. (*Forest is transgender and uses the pronoun He/Him)

“I thought I would be strong enough to experience that, and come back.”

Unfortunately, heroin had other ideas.

Before Forest knew it, life became all about finding his next opioid fix, and writing was lost in the fog.

On the streets, Forest became invisible to “regular people”; dismissed as just another junkie. His self-esteem was destroyed, and he was ashamed of the dark depths he had to go down to afford his next score.

But one day, as people around him were dying from tainted drugs, Forest visited a Supervised Injection Site.

“It was quite powerful. I was really struck by the way the staff treated me, like a person. It was very odd because I had been panhandling and involved in sex work and feeling really low about myself. I felt out of society, not a part of society. But they asked my name, smiled, and just treated me normally.

Shaking off his addiction, however, was still years in the future.

Forest lived in British Columbia all of his life, spending most of his early youth in Kelowna and Fernie.

Forest left home at 15, however, after coming out as bisexual in high school, and quickly discovering how small minded and bigoted so many of his classmates were.

Forest moved to Victoria where his sister lived, and couch surfed while finishing up the last two years of high school.

Victoria, he found, was accepting of who he was, and Forest loved those final years of schooling.

He was excited when he first went out into the world to explore Vancouver. But that’s when heroin dragged him down.

After his experience at the Supervised Injection Site, Forest returned to Victoria at the age of 20, but couldn’t quit the streets. His addiction followed him every step of the way until, two years later, he became pregnant.

“At first, it was really easy to stop (using heroin),” he says. “Maybe it was the pregnancy hormones, but it was like I can do this s*** to myself, because at that point I didn’t care enough about myself, but an innocent baby? I could never do that to them.”

While living at Sandy Merriman House, Forest would walk over to Our Place every day for a banana to help with morning sickness. During those visits, he connected with Benoit, an Our Place team lead. (Benoit’s story)

Forest’s life began to settle. The father of his child decided to get clean, too, and they moved in together.

Forest then turned his eye to a career in Mental Health and Addiction that he had been inspired to pursue.

He signed up for Camosun College, and completed the course while pregnant with his second child. Now the parent of three (ages 8, 4 and 2), Forest has been working at Our Place for three years.

“It is so impactful to work here,” Forest says. “And I love it. I was 27 with no resume, which was embarrassing for me because who was going to hire me? But I was honest about my recovery and my past, and they took a chance on me. It just gives me a sense of purpose and belonging.”