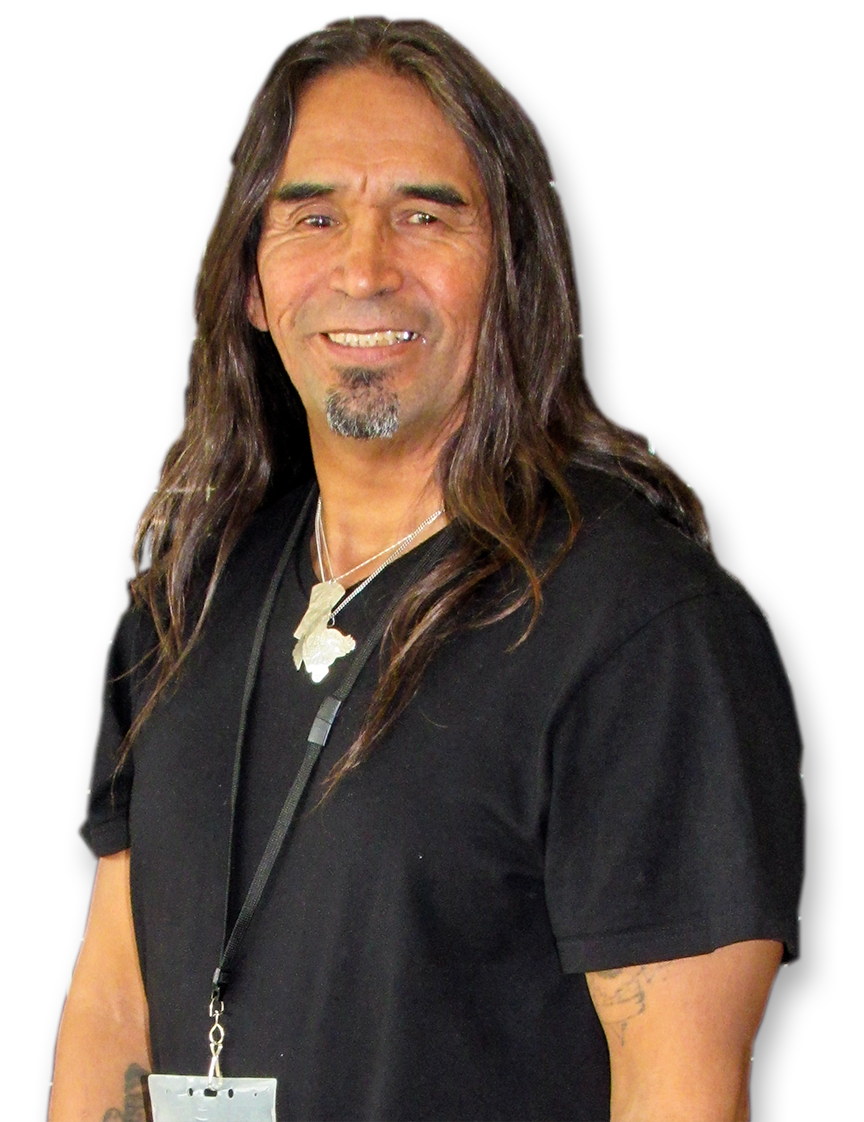 Healing can come from the most unexpected places: planting a tree or mopping a floor, but perhaps the strongest connection is when someone looks into your heart and recognizes the strength inside.

Born into a family of 15 children with alcohol-dependent parents, John Prevost admits he should be dead. A nurse told him once that his hospital chart was a nightmare list of drug overdoses, but “the creator had other plans.”

Taken away from his home at the age of five, John was bounced from residential school — where the teachers often referred to him as a “stupid, dumb Indian” — to foster care and group homes.

For the longest time, John forgot that he was part of a family until, at the age of 11, he was told of his mother’s death. After “acting out”, he was finally allowed to travel to Alert Bay to attend the funeral.

He remembers the flight, looking down at a community he barely remembered and spotting his childhood home. The sight filled him with both delight and despair, for few of his memories were happy ones.

Arriving on the doorstep, his siblings and relatives rushed to welcome him home with hugs and kisses, but they also gave him something else — his first beer.

“All hell broke loose after that,” says John. “I didn’t want to leave, but I couldn’t stay.”

The relationship with his foster family soured, and John ended up in a group home. School fell by the wayside as a combination of Fetal Alcohol Syndrome, Attention Deficit Disorder and now early-onset alcohol abuse made paying attention impossible.

The downward spiral worsened as John suffered at the hands of the people who were supposed to be caring for him. In the group home, he was beaten, spat upon, and starved. When he complained to a counsellor, he wasn’t believed.

In punishment for speaking out against the abuse, John was returned to the group home where he was beaten, shoved down the stairs to the basement, and locked in.

With tears streaming down his cheeks, John ripped up old newspapers and then set them on fire. The fire caught and the house went up in flames.

After everyone got out and the fire department arrived, John was arrested and sent to Juvenile Detention. Inside the prison, he learned how to be a real criminal, a true “rebel without a cause.”

Upon release, John’s life became a mess of cocaine, heroin and alcohol. But in 2003, he spotted his uncle walking down Main and Hastings in Vancouver.

Although sick from the drugs, he asked his uncle for help.

His uncle agreed to take him back to Alert Bay to work on his fishing boat, saying, “I’m tired of bringing you guys home in a box.”

“That gave me hope,” says John, who is only one of six surviving siblings now.

Unfortunately, on the drive to Alert Bay, John’s uncle received the bad news that a cousin had wrecked the fishing boat, ending any hope of a job.

Not to be deterred, John arrived home determined to make it work. He went to visit a doctor who gave him medicine to help him over the worse of withdrawal, and then he walked into an employment centre. He had no sooner sat down when the woman behind the counter called out, “Who wants to go tree planting?” When none of the other men in the room raised their hands, John said, “I’ll go.”

Although he barely weighed 130 pounds, was drug sick, and had no experience, the woman took a chance and told him his ride was leaving in an hour.

John planted trees for the next six years and became a role model for the crew. He kept sober and attended meetings, but a relapse sent him back to jail.

However, it was inside prison that he really recognized how important the 12 Steps of Alcoholics Anonymous were. With the support of other recovering addicts, John was finally able to open up about the abuse he suffered and the anger he was still holding onto.

Today, John is three years sober and giving back.

At first, John volunteered at Our Place in order to complete his service hours, but soon his value and positive influence made him a natural hire when an opening came up on the custodial team.

A talented artist, John has also been busy creating some incredible artwork in our Drop-In and main stairwell. The hummingbirds he paints are messengers of peace that heal the body and soul, and act as guides through life’s challenges.