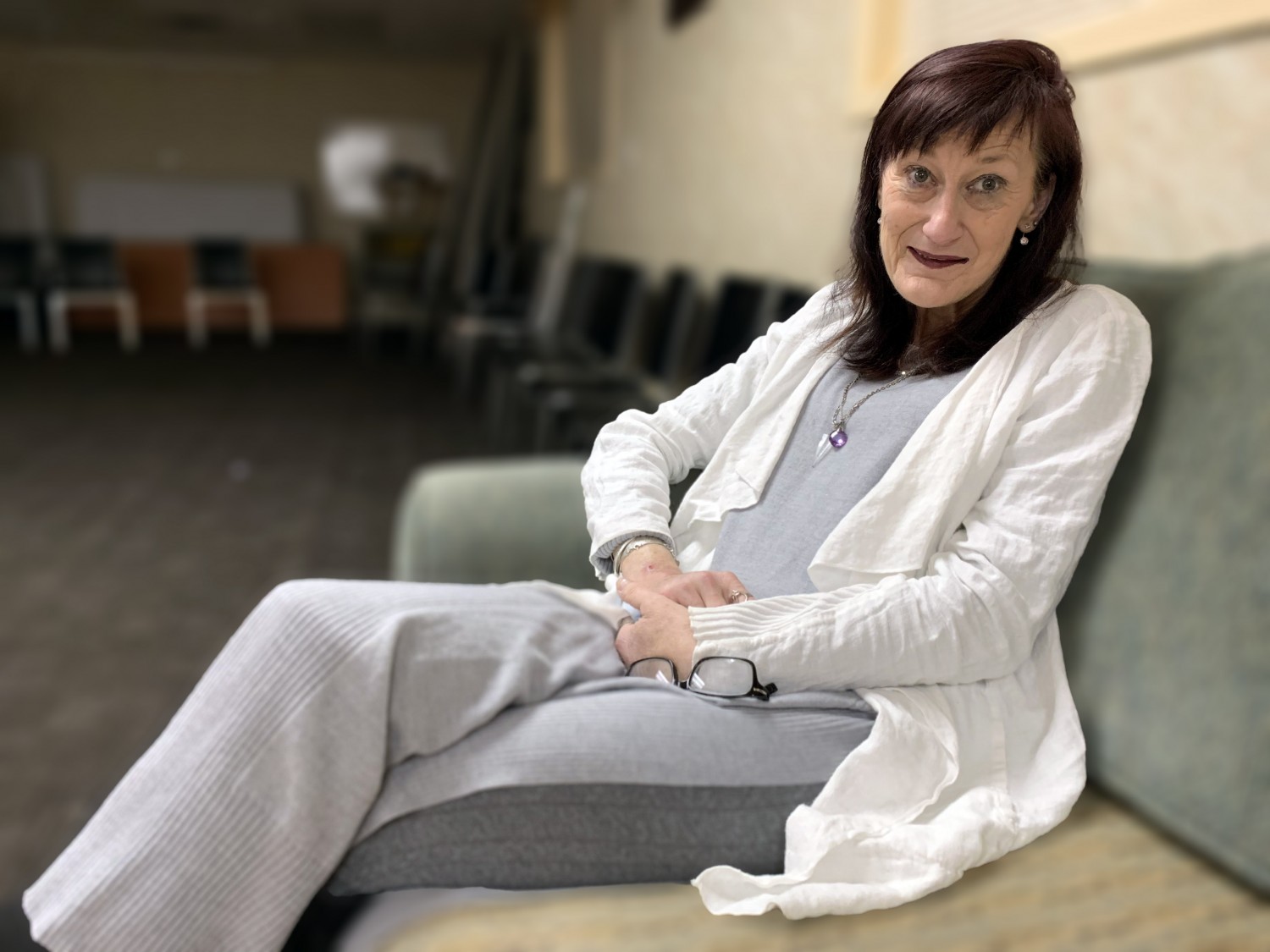 From Victoria to Paris and back again, Leslie has lived a whirlwind life that saw her climb the peaks of happiness to the valleys of despair.

Born in Victoria, Leslie moved at a young age with her family to Hawaii where she graduated high school and attended university. From there, she travelled to Paris where her sister was attending university. On a trip to Spain, Leslie attended a bullfight where she caught the eye of a matador.

“At the end of a bullfight, the women in the audience throw roses into the ring,” she says. “The matador gave all his roses to me and asked to meet at a bar after.”

Leslie dated the bullfighter for six years and was engaged to be married, but things didn’t work out. At the same time, Leslie came into some money on a lottery and moved to Athens, Greece. She lived there for three years before moving back to Victoria to help care for her grandparents.

In Victoria, she married a commander in the navy. The marriage lasted 15 years before the strain of long absences brought it to an end in 2000.

Leslie moved back to Hawaii where she discovered a joy in real estate, and ended up building her own home. She also ran two graphic design companies.

In her early 40s, Leslie became involved with a new man and gave birth to a baby daughter. Life seemed perfect again, but then the first of a series of horrors struck.

The man fled Hawaii with Leslie’s daughter, and Leslie spent all her savings trying to track them down. She has not seen her daughter in over 10 years.

Heartbroken, Leslie returned to Victoria to look after her ailing parents. Sadly, she lost both her mother and father, and the grief of losing them on top of her missing daughter played havoc with her health.

“I got really sick,” she says. “Double pneumonia.”

Leslie had been working at a local university at the time, but the illness left her too weak to continue. When she lost her job, she also lost her apartment. Without a job and an eviction notice on her record, Leslie became destitute at the age of 56.

“I’m so grateful to Our Place,” she says. “They took me in and gave me a mat at the First Met shelter.”

Leslie lived at the night shelter for 18 months until the COVID pandemic hit. Hoping for more permanent housing, Leslie chose to erect a tent on the boulevard outside Our Place. Not wanting to be idle, Leslie picked up odd jobs and volunteer shifts around Our Place.

But when Our Place closed its doors at night, the streets became dangerous.

“I got robbed,” she says, her voice cracking with emotion. “I got beat up. All kinds of things. My purse and knapsack got stolen three times. It was very difficult for me.” She wipes tears from her eyes. “It’s their addiction,” she says. “People thinking that maybe I had money, or I’d hear rumours about me that weren’t true, and people would target me.”

Lost and afraid, Leslie was one of the first people to move indoors when BC Housing leased the Howard Johnson hotel. Her room has a bright window; ensuite bathroom; TV; large, comfortable bed; and room for her sewing machine – one of her few possessions that wasn’t targeted by thieves.

“I love it,” she says, a smile replacing the tears. “I’m very fortunate, and I thank God for this place because where would I be now?”

Wanting to pay it forward, Leslie has jumped back into volunteering. When the Overdose Prevention Clinic closes at 9 p.m., Leslie makes sure she has enough Naloxone on hand in case somebody overdoses. She also teaches others how to properly administer the opioid antagonist.

To beautify her new home, Leslie has also been working on the hotel gardens, including a herb garden for the kitchen, and organizing work parties to clean the property and surrounding neighbourhood.

“A lot of the neighbours would come out of their homes to thank us,” she says.

Her latest venture is a return to a motherly passion: sewing.

“I’ve made everybody I know quilts,” she says.

The demand has been so great that Leslie is now teaching her fellow residents how to make quilts of their own.

“Even if they don’t know how to sew,” she says. “I’ll teach them all they need to know.”

With the support of Our Place staff, Leslie has gathered several donated sewing machines and bags of donated fabric for her twice-a-week class.

“I just want to thank everyone so much,” she says. “And wish more people would realize what a grand opportunity we’ve been given.”