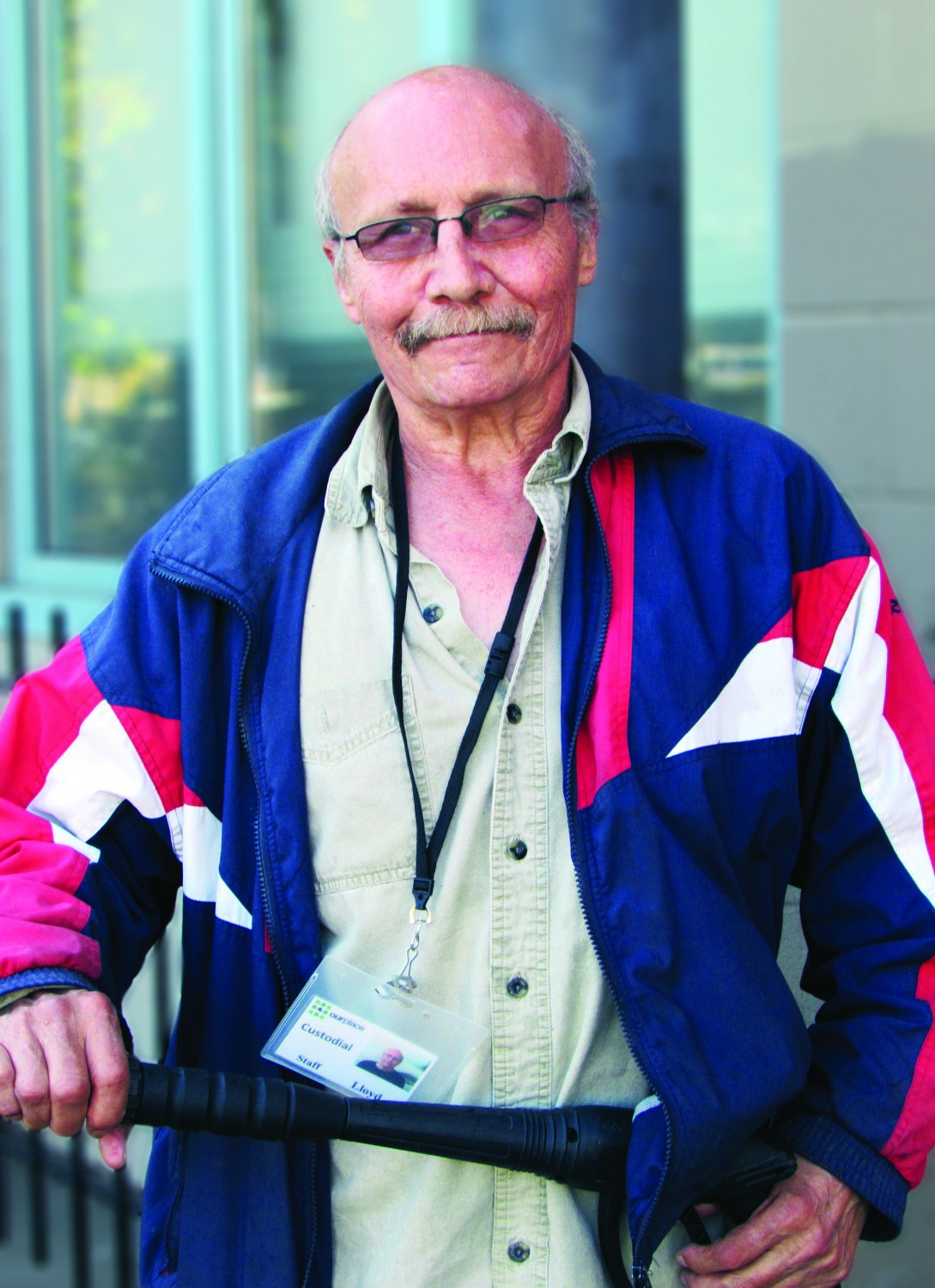 Lloyd freely admits he has made his fair share of mistakes, but for the most part he was able to stand on his own two feet while supporting a wife and two children — until the day his wife died.

“Without my wife, I just wanted to die,” he admits.

“I was suicidal, super depressed, and began using drugs,” he says. “I planned to take some heroin and take myself out.”

Each time he hit a new low, however, something inside made Lloyd reach out for help.

“I entered detox nine separate times in four years,” he says, shaking his head in disbelief. “But never got referred to stabilization even once. I was put back on the street over and over again.”

Finally, he managed to get into the transitional housing unit at Our Place.

Working with his housing support worker, Lloyd, 57, is attempting to put his life back together again.

Although his own childhood was troubled — his parents’ marriage breaking up when he was 12; his father having become an alcoholic — Lloyd says he’s always been “very grateful to have my mom,” adding, “she’s very candid” which, with a twinkle in his eye, means she calls him on any bad behaviour.

As for his own children, a daughter and a son, Lloyd smiles and says, “They’re doing good. I’m a grandfather now to two beautiful baby girls.”

He looks down in a moment of self appraisal and adds, “I’m the one who needs all the repair work. But, you know, if you’ve never been broken, you can’t be fixed.”

Lifting his gaze again, Lloyd says, “I’m working my way back — and at Our Place I finally have a safe place to do it.”

One of the ways Lloyd is working his way back toward his goal of independent living is by taking a part-time job at Our Place with the custodial team.

“I chased the job,” he says. “When I heard there was an opening, I jumped at it because I’ve always liked to stay busy.”

He adds, “I got my first job at 11 years old, washing dishes at White Spot here in Victoria. I’ve also done landscaping, demolition, painting, and earned my red seal in brick laying.”

Visitors may spot Lloyd washing the pavement in front of the Our Place building on Pandora Avenue. Every day, he takes either the hose or the power washer and clears all the dirt and discarded cigarette butts from the main entrance.

“Of all the drugs I’ve ever done, cigarettes is the one I regret the most,” he says.

Keeping the area clean is part of Our Place’s commitment to being a good neighbour.

When he’s not working, Lloyd enjoys the support from his fellow residents, especially as an active participant in the peer-led SMART recovery program.

A large part of the SMART program is learning to change self-defeating thinking, emotions and actions.

“I’ve kept my sense of humour,” he says. “I like to laugh at myself, and enjoy being upbeat and optimistic. I don’t want to harm myself anymore. I am truly grateful. I want to live now.”