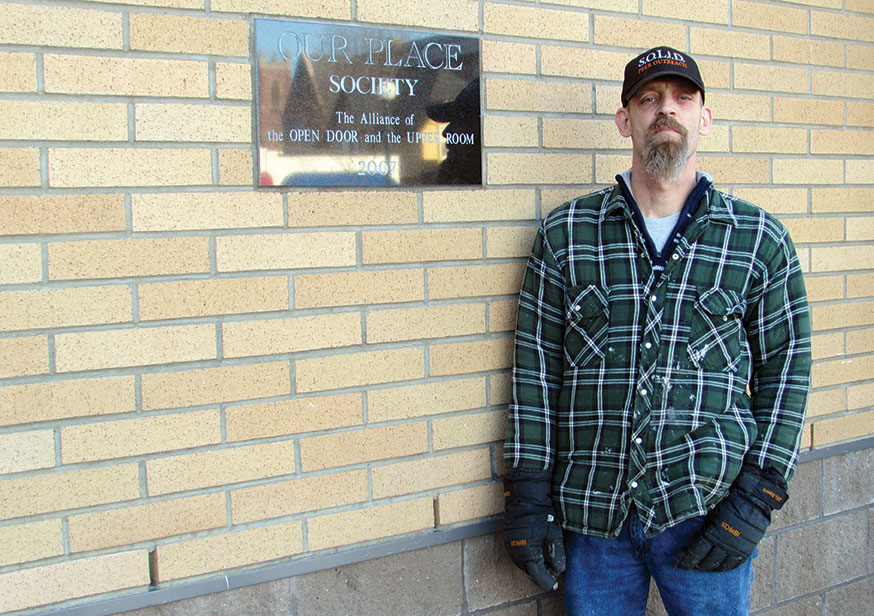 When he was only seven years old, Mark suffered the first of two serious head injuries that forever changed his life.

While riding his bike to school in St. Catharine’s, Ontario, Mark was struck by a car and suffered a devastating head injury. The driver stopped, helped him up and told him that he was okay.

The next several years are a blank as Mark lost the ability to form memories or remember any details.

“It’s all a blank,” he says. “All I know is that I was doing poorly at school — and always getting into trouble.”

“Nobody really knew what was wrong because I didn’t speak about the accident. I didn’t want to get in trouble for crashing my bike, and the driver was gone.”

When his family moved to Tsawwassen in 1973, Mark was placed in a remedial class where he received one-on-one teacher support.

“My memory improved and I began to excel, getting As and Bs,” he says.

And because he was doing so well, it was decided that Mark should be returned to regular school.

Unfortunately, without the support, his grades plummeted again.

“School wasn’t doing it for me, so I started dealing dope to all my classmates.”

Mark dropped out of school at 17 to work in a machine shop — he also became more heavily involved in the drug trade.

“I slid into heavy drug and alcohol use, and started moving from job to job. I had a chip on my shoulder and had trouble working for a boss.”

While working on cars in his back yard, Mark had his first taste of crack cocaine.

“It hooked me from the first puff,” says Mark. “I instantly needed more.”

Mark quit working on cars and started selling drugs full-time. The parties, money and lifestyle were addictive until he was attacked and robbed — and suffered his second head injury.

The beating was so severe that Mark was left crippled and had to learn how to walk again — a skill he still has trouble with even to this day.

“I get dizzy sometimes,” he says, “and it’s easy for me to lose my footing.”

Finally realizing the drug trade was going to kill him, Mark and his girlfriend, Jill, packed up their belongings in 2005 and moved to Victoria for a clean start.

“We couch surfed for a couple months,” he says, “but when you’re homeless, you get this feeling of despair — you just feel hopeless. You don’t want to get up in the morning.”

Finally, Jill got a bed in a local shelter and while staying there, she heard about Open Door, one of the founding organizations of Our Place.

“At first, we went there for meals, but the outreach workers — who still work at Our Place today — helped me get my disability benefits, and then they got us housed. After we were housed, our lives started to get better.”

Now that he was housed, Mark wanted to start making money again — but not in the drug trade.

“I don’t need that looking-over-your-shoulder lifestyle anymore,” he says with a grin.

The staff at Our Place helped him secure a contract with the City of Victoria to clean graffiti off the walls of downtown buildings.

“I really enjoy doing that,” he says.

Along with volunteering at Our Place, Mark is also part of the S.O.L.I.D. outreach team who offer support to their peers, provide information about safer drug use and resources in town, collect used syringes, and distribute harm reduction supplies.

“We do our outreach seven days a week, 365 days of the year,” says Mark proudly.

Called “Rig Diggers” in reference to the used needles they collect off the street, Mark says he can fill four 5-gallon buckets of needles in a month.

Because of the bumps in the road that Mark has overcome, he has a unique ability to connect with people on the street and offer them the same level of compassion that he found at Our Place.