“Drugs led me down a dark path. A lot of struggles.” 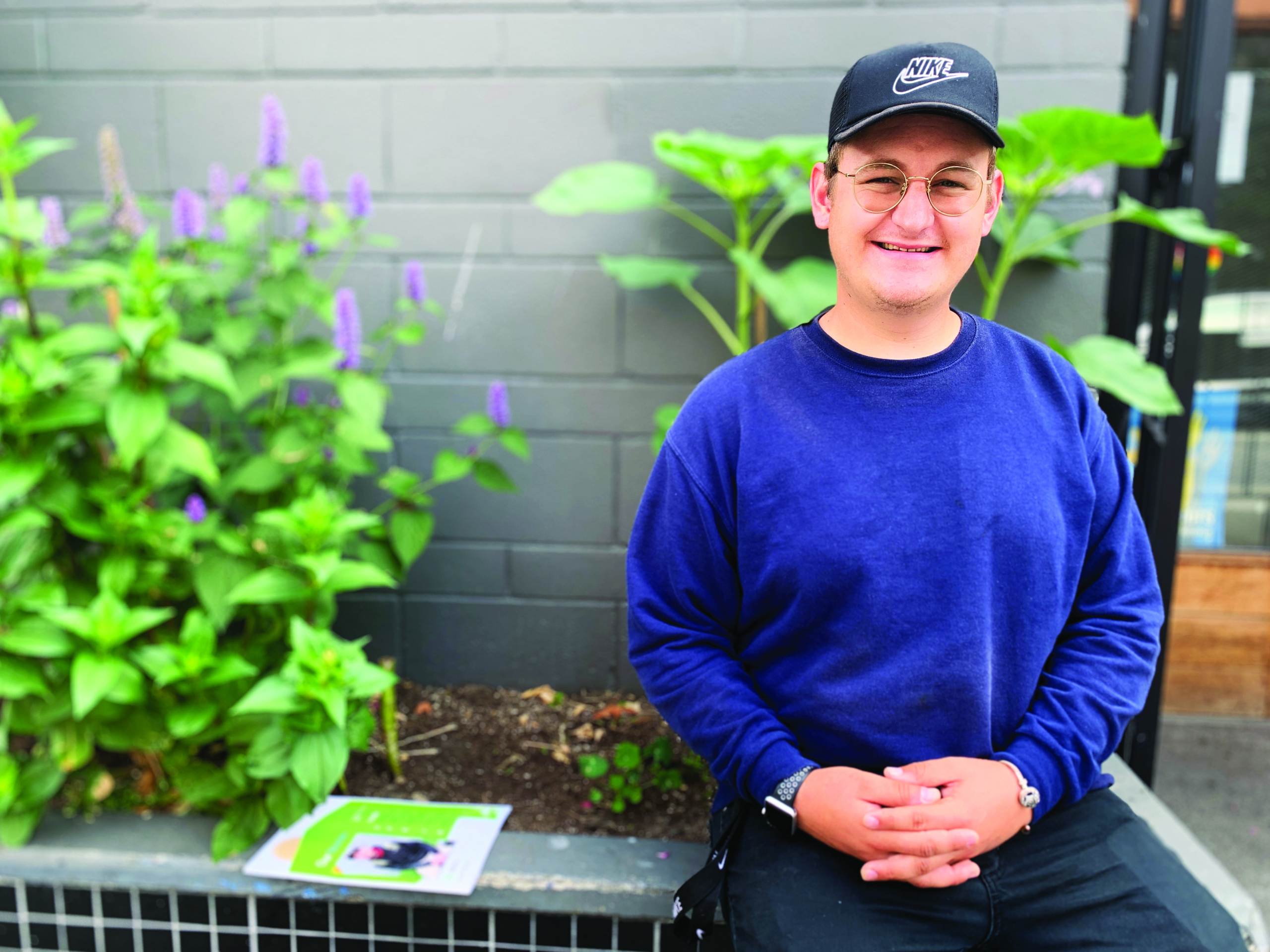 If there is one thing Max has learned in his young life, it’s that recovery takes time. It is not as simple as flicking a switch and being ‘cured’.
It takes hard work, self-determination, and a support network of family and professionals championing you along the way.
Max was only 13 when a drug dealer visited the ‘smoke pit’ where he was hanging out and offered him his first taste of drug-induced escape.
“I turned to an older friend of mine and asked if I should try one. He said yes, and I got hooked immediately,” says Max.
That ‘free taster’ quickly started Max on a bottomless journey of drug and alcohol abuse.
“As much as I could get, really,” he says.
The drugs made him feel cool and that he fitted in with the older students that he looked up to, but he soon lost control.
“It led me down a dark path,” he says. “A lot of struggles. I didn’t graduate when I should have, I was using all the time and drinking as much as I could.”
When he turned 20, Max had been sober for about 8 months, was working for a landscape company, living in his own apartment in Sidney, and inspired to start his own Hillbilly band.
Unfortunately, Max returned to alcohol and hallucinogenics, and began to experience the first stages of mania. Even without much musical training, Max marched into a local pub and began playing and singing at the top of his voice for the customers. He knew he was brilliant and was filled with the possibilities.
“My charisma was dialed up to 10, and my confidence was through the roof, but I was also talking in a Western accent and started telling people I was from Louisiana where Jerry Lee Lewis was born.”
But then the period of mania turned dark when he decided it was a good idea to pick up a switchblade and cut across his eye from forehead to cheek. The idea was that the scar would get people whispering about him when he was on stage performing with his chart-topping band.
Fortunately, his uncle dropped by to drop off some food and saw the blood dripping from Max’s face.
“He kinda freaked out,” says Max. “And called my grandma. She called the police and they found me singing on the streets. After seeing my face, they took me into hospital to be assessed, and that’s when I was diagnosed with bipolar disorder.”
Over the next few years, as he slipped in and out of sobriety, Max was in and out of psychiatric wards and the prison system.
As part of a court order, Max was assigned to a Pandora ACT (Assertive Community Treatment) Team, and they suggested he check out Our WorkPlace, an employment program operated by Our Place.
“It worked really well,” he says. “I started taking the classes, and then Paula (job coach) said they may have found a job for me with St. Michael’s University School as a custodian.”
Max interviewed, got the job, and completed the training. Everything started out well until Max relapsed and had to leave the job.
Losing the job was difficult for Max and made him take another heartfelt look at his sobriety. Thankfully, he had the full support of his mom, dad and grandparents.
With the proper medication for his bipolar, and a determination to stay sober, 26-year-old Max has now been clean for eight months. He recently moved into his own apartment, and is ready to return to Our WorkPlace and find a new job.
“I’m looking for something part-time,” he says. “As I want to keep my sobriety strong.”
And with that new outlook, Max has also returned to his love of music.
One day while he was playing in Beacon Hill park, he met a young saxophone player named Isaac, and the two men hit it off.
They have since purchased busking licenses and taken their music to the streets. You can see them perform at Imagine After Hours on YouTube.