“Skating was my higher power, and when that ended it was like my life had ended.” 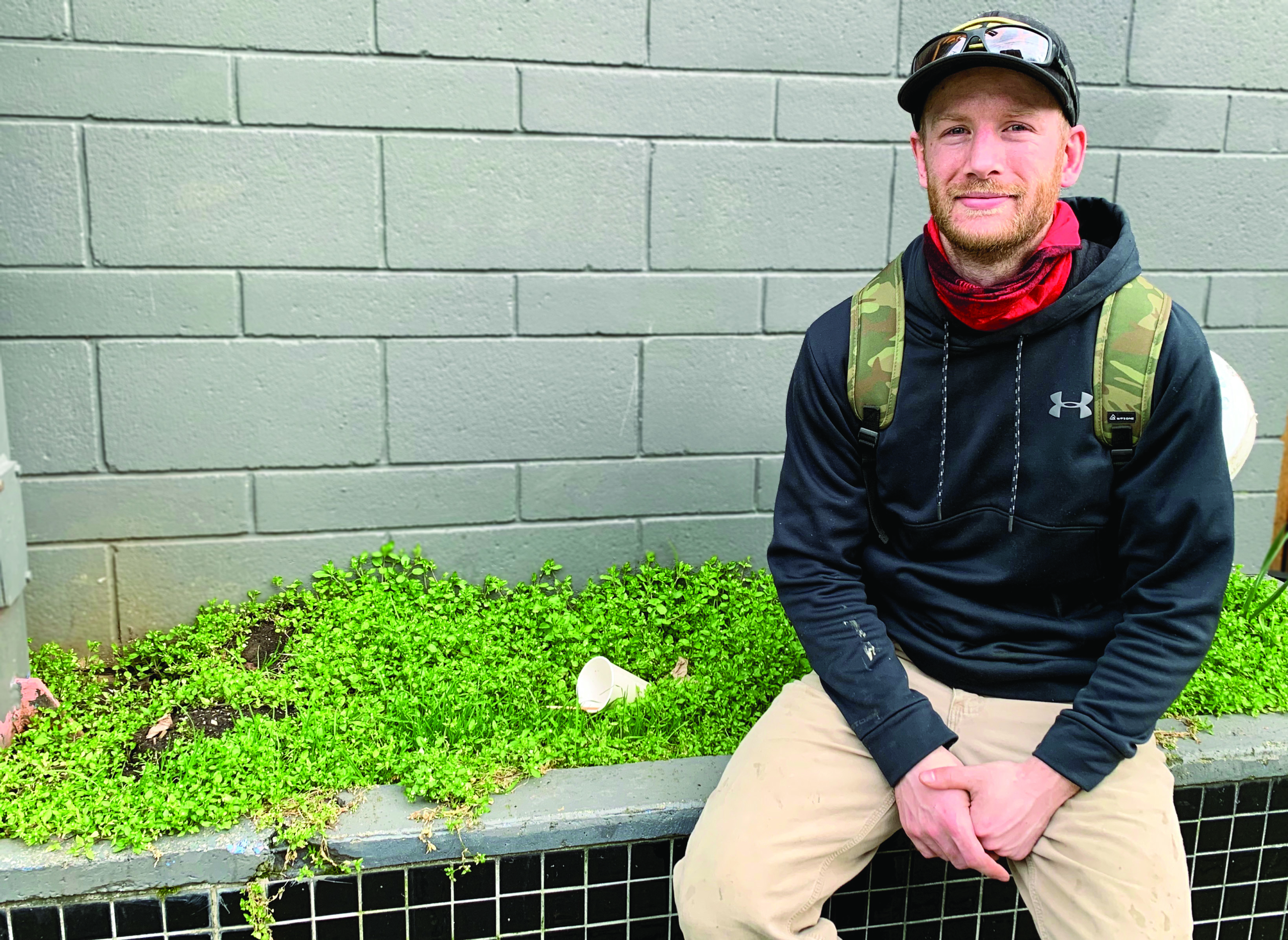 As a young boy growing up in Shawnigan Lake, Mitchell loved sports. In fact, after first donning skates at the age of two, he became so accomplished that he, along with his skating partner, earned bronze medals in figure skating pairs at the 2007 Canada Winter Games.

“I had such an amazing childhood,” he says. “I was into all sorts of sports: water skiing, BMX racing, hockey.”

But beneath that competitive edge was a shy kid who struggled.

“I started drinking and smoking pot when I was 12,” he says. “I kinda had two lives where I was getting into trouble drinking, but also trying to maintain being a competitive athlete.”

With aspirations of competing in the Olympics, Mitchell was training every day, and came very close to making that dream a reality.

“After high school, I went to Burnaby and did pairs skating,” he says. “We were getting funding from the government as prospects for the 2010 Olympics, but then things happened . . . my coach moved . . . so I went to Ontario to try with a new partner, but it didn’t work out.”

With his Olympic dreams fading, Mitchell went on tour with Holiday on Ice, a European company that took Mitchell to such foreign lands as France, Netherlands and Germany.

However, “that was when I started drinking heavily,” he says.

Mitchell ended up being fired from the tour because of his drinking. He joined Disney on Ice but got fired for smoking pot.

“I fell into a deep depression after that,” he says. “Skating was my higher power, and when that ended it was like my life had ended.”

To cope, Mitchell’s consumption of alcohol and pot increased.

“Eventually, I just ended up homeless,” he says. “Because of my drinking, I couldn’t maintain a job or pay the bills or, you know, manage.”

Mitchell ended up staying at the Salvation Army and travelling between the streets of Victoria and Vancouver. He later camped in the woods “drinking and doing drugs.”

In 2016, he moved into a tent city that arose on the courthouse lawn in Victoria. A confrontation there got him charged with aggravated assault and he was sentenced to three years in jail. Having hit bottom, Mitchell made a conscious decision to make a change.

“That’s when I started getting into recovery,” he says. “I went to Guthrie House.” Guthrie is a sister program to Our Place’s New Roads Therapeutic Recovery Community. Operated out of the Nanaimo Correctional Centre by B.C. Corrections and the John Howard Society.

“It was amazing for me,” says Mitchell. “When I got out, I was doing really well for about a year, but I ended up relapsing. Falling pretty hard, like, I got into Fentanyl and Meth, and within weeks I was homeless and doing crime again to pay for my habit.”

“It was really difficult,” he adds, “because I reached out for help. I knew where I was going, and I didn’t want to do crime, so I went to detox, but I couldn’t get a place.”

Suffering from withdrawal, Mitchell ended up in hospital.

“Basically, it felt like I was dying, but detox couldn’t take me for another week. I held on for that week, but when I went back, they said I had to wait another two weeks. I said ‘Oh, man, I’ll be dead by then’. It was really frustrating because I ended up reoffending and going back to jail.”

After a month in jail, Mitchell heard about New Roads and applied to join the therapeutic community.

New Roads provided him with everything he needed: stability, healthy food, structure, one-on-one counselling, and “I learned a lot about addiction.”

Mitchell signed an agreement that he would remain at New Roads for one year.

“And that was what I needed,” he says. “The first few months, I was still thinking about going out and getting loaded, but I just hung in there and over time I just started liking myself and I was like ‘You know what? Maybe I can do this’.”

After 13 months at New Roads, Mitchell has been out in the wider community since October 2020 and is working full-time as a first-year carpenter. And while the COVID pandemic has taken away some of his supports, such as church gatherings, Mitchell now has the skills and determination to rebuild his life.