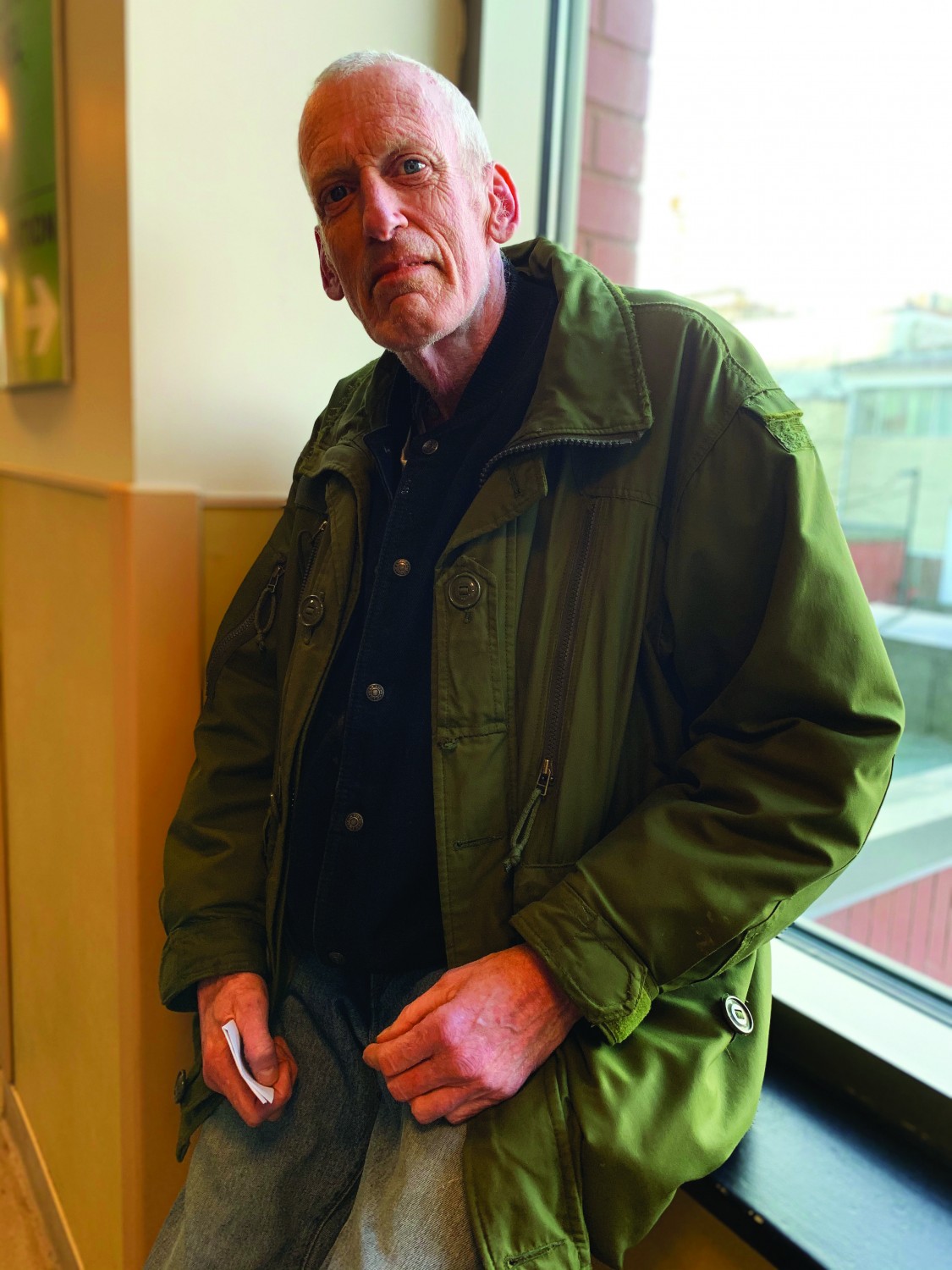 At 63, Stingray is finally finding a measure of peace in his life. A violent childhood led to a violent adulthood, but he has discovered a new purpose in giving back to those still suffering from addiction.

“The addicts listen to me,” he says, “because I’ve been there. I know exactly what damage drugs can do.”

Stingray lifts up his shirt to show a urostomy bag, a clear plastic collection device attached to his side where his bladder used to be.

“This is what crack cocaine does,” he says matter-of-factly. “I had tumours on my bladder, lungs, kidneys . . . I show that to people in the Our Place Drop-In who are still using, and it makes them think. They’ll ask ‘is that going to happen to me?’ I’m proof that it will.”

For Stingray, making peace with his life has been a long, uphill journey as violence has always been a part of it.

“My father beat me up every day from a young age,” he says. “I was stubborn and I rebelled.”

That violence continued when he started school.

Born an army brat on a Canadian base in France, Stingray moved around a lot and found the changes in school difficult.

In Grade 4, he was integrated back into regular school. But because he learned at a slower pace, the harassment from schoolyard bullies quickly began.

Soon that harassment became more and more violent, and that’s when Stingray started causing trouble of his own.

“By age nine, I was six-foot-one. The bullying quickly stopped after that.”

Unfortunately, the violence and unhappiness had taken its toll. Stingray started sneaking alcohol at the age of 10, and was drinking in bars by the age of 14.

Despite this, he graduated high school and began working as a labourer in construction. 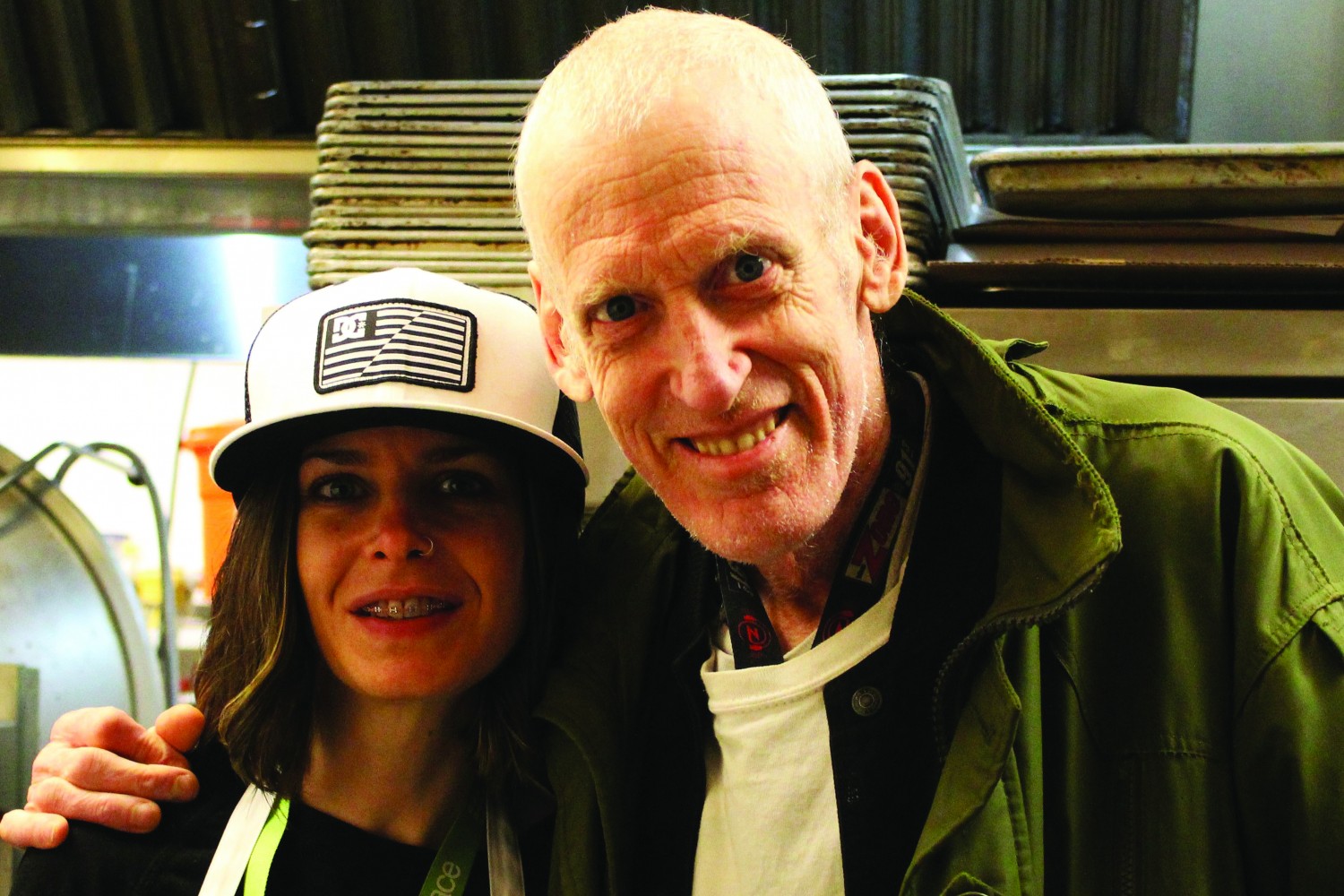 “I had a bad temper,” he says, looking down at his hands, which now have serious circulation problems. “I punched a lot of people.”

On the mainland, he moved from construction to a job at Tim Hortons as a baker — a position he held for 31 years.

He moved to Victoria in 1987, transferring to a Tim Hortons here to continue his trade.

Despite this chance at a fresh start, his lifestyle of violence and drugs didn’t change, and his body took the toll.

In 2012, he had to leave his job due to health issues. As if in denial, however, he continued to use drugs until a near-death experience made him stop cold turkey in 2014.

Six months later, he had his bladder removed. During the operation, the doctors found that his body was riddled with tumours.

Stingray turned away from alcohol and crack cocaine, and began volunteering his time at Our Place.

He talks about working at the Drop-In Snack Bar one morning and seeing four family members cleaning their crack pipes as they talked.

Stingray approached them and just started to chat. He shared with them some of his story, talked about how harmful crack cocaine can be, and then showed them his urostomy bag.

“Three of them broke their crack pipes in half right there and then,” he says.

He wrings his hands again. “I’ve had 15 friends die on me, people from all walks of life, but I’m in control now, not the drugs. Now, I can help people.”

As Stingray talks about his past, he wants to make one thing clear. Despite the daily beatings, “my dad wasn’t a bad person. I still loved him. I was stubborn and he taught me manners.”

Despite having a Grade 7 education, Stingray’s father worked as a plane mechanic for the Canadian Armed Forces for 21 years.

He looks up from his hands and his eyes are ernest. “But this is my family now. I can arrive here grumpy, but as soon as I begin interacting with the family, they make me laugh, and I’m like a new person.”

He continues: “I love the teamwork, love being able to help the staff, and love what they have done to help me. I love it, and I’m so proud to be here.”