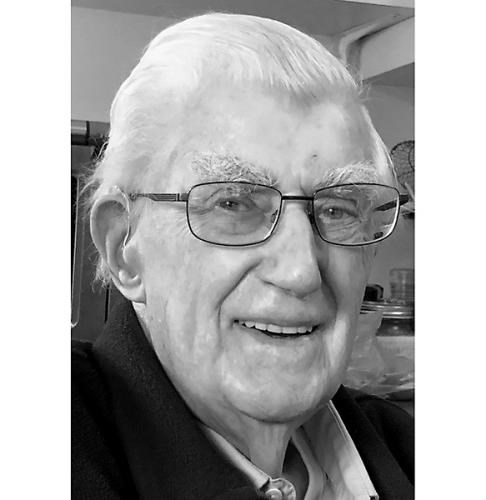 A Founder of Our Place Remembered

Dr. Robert “Robin” Krause carried a vision for the well-being of our most marginalized citizens, and Victoria is all the better for it. Robin died peacefully at home in Victoria, BC, on Dec. 6, 2022, at 97 years.

“Robin was a friend and Chair of the Open Door ministry,” say Rev Allen Tysick, former executive director of Our Place, and known as Reverend Al to those he helps. “He negotiated the amalgamation of the Open Door Ministry and the Upper Room to become Our Place. His sweat and tears are in Our Place’s foundation.”

Leading up to the creation of Our Place in 2005, Robin served as Chair of Open Door for 10 years. During that time, he saw the Open Door move from upstairs at Metropolitan Church (now the Conservatory of Music) to the BC Hydro Building at Pembroke and Store, to the Gospel Chapel on Pandora, and then to the current Our Place on Pandora. His deep caring, dry wit and perseverance paid off.

A board member from those days, Dawn Williamson, notes, “In his career in medicine, Robin was a highly regarded, kind and compassionate man. He served The Open Door and Our Place with great organizational skills and that same kindness and compassion.”

“He reminded me of the biblical character ‘Barnabas’,” says outgoing Our Place Board Chair Allan Saunders. “The name means ‘son of encouragement’, which he was to me and to countless other people. He encouraged us by taking a genuine interest and also by setting an inspiring example.”

When asked to serve on the Our Place board, Robin’s example is the main reason Saunders said ‘yes’.  Reverend Al concludes, “He was a Christian in the true sense of the word. His faith gave him the strength to give his life to the most vulnerable in the city.”

Before retiring to Victoria in the early 1990s, Robin was a doctor extraordinaire. He focused on the person in the patient. Born in the Kingdom of Fife, Scotland, he graduated from Edinburgh University. He practiced medicine in the UK until he and his wife, Enid, arrived in Canada in the 1960s and he joined a practice in Winnipeg with his sponsor to Canada, MD Richard “Dick” Nash’.  Robin was President, Manitoba College of Family Physicians, 1973-74.

In the 1980s, Robin joined the University of Manitoba Department of Family Practice. There, he created the Human Values program in 1986, which became U of M Medical Humanities. Each year, a prize in his name is given to a medical student “demonstrating leadership in ethical and legal aspects of good practice.”

Robin was the Canadian Family Physician of the Year in 1981 and National President of the College of Family Medicine in 1982. In 1992, he received the Canadian Medical Association Distinguished Service Award for Manitoba. Says a medical colleague, “Having known Robin for more than 40 years, I remember most his kind and gentle manner, and the wisdom he shared. He was an esteemed colleague, mentor and friend.”

No sooner had he retired and moved to Victoria than Robin was named to the organizing committee for the 1994 Commonwealth Games. He was a member of First Metropolitan United Church, where he served in leadership roles and took part in the Pringle Bells and a men’s discussion group.

“He was on the search committee that called me to be Lead Minister in 1999,” says Saunders.  “He was a great sounding board and trusty friend throughout that ministry and into my retirement years.”

Visiting him recently in hospital, Dawn Williamson remarked on the fact that she thought he must have the bushiest eyebrows in the world.  “Unique” was his one word whispered response.

“He has joined Enid, his late loving wife of 59 years,” says Reverend Al. “I am sure she will have a double Scotch, no ice, awaiting him.”

Robin is survived by his three children, Susan, Gillian and Robin, 11 grandchildren, and 11 great-grandchildren. A celebration of Life will be held in Spring 2023.

“During his recent failing health,” says Saunders, “even a week before he died, he wanted to hear updates about Our Place. He was humbly proud of all that Our Place has become.”

Robin’s obituary can be seen here.